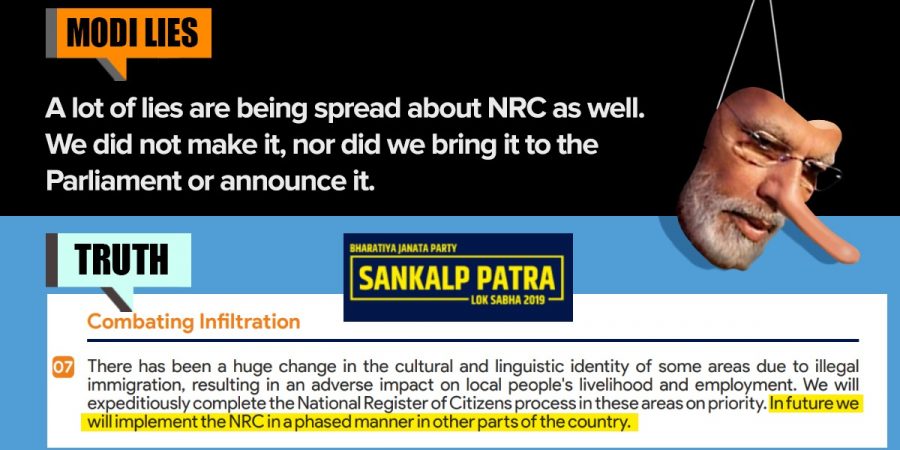 The Bharatiya Janata Party (BJP) had inked down its intention to bring in a pan-India NRC in its 2019 Lok Sabha Manifesto itself.

Since then, the President of India, PM Modi and the Home Minister Amit Shah have on multiple occasions, in speeches and within Parliament, announced that a pan-India NRC will be implemented.