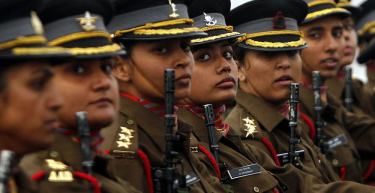 Once again, claiming the work done by other governments has become the sole agenda of Prime Minister Modi. While rejoicing in the states claim he ignored the fact that such a provision already existed since 2008 – from the time of the UPA government. His complete failure in women empowerment has now manifested in him lying about these facts. According to an answer in the Lok Sabha, until 9th December, 2016 336 women were granted permanent commission.